Is There Pet Insurance with No Waiting Period?

Pet insurance policies always have a waiting period because insurers don't want you to sign up after your pet has already become sick or hurt. But accident-only policies may have a shorter waiting period.

As a pet owner, I’ve been faced with some big costs related to veterinary care over the time I have had my two dogs. I didn’t buy pet insurance for my dogs, instead choosing to set aside money for their care.

But, in hindsight, had I purchased a pet insurance plan, I likely would have saved money on providing for my animals particularly in terms of bills from a licensed veterinarian. It’s something other pet parents should consider, and it’s often worth the additional cost of the monthly premiums.

Pet insurance plans differ depending on the insurer you get coverage from and whether you pick a plan that covers accidents only, accidents and illnesses only, or accidents, illness, and routine care. But what most pet insurance plans have in common is that there is a waiting period before coverage kicks in.

While the length of the waiting period varies from one pet health insurance plan to the next, it is standard for insurance coverage not to kick in right away after you buy it. That’s because no insurance company wants pet owners to buy a policy only after their animal has started showing symptoms of a medical problem.

Are There Any Pet Insurance Policies with No Waiting Period?

The reason is simple: pet insurance companies want to make certain people buy coverage before their animals get sick.

Insurance is supposed to provide protection in case something happens—not coverage for problems that have already developed and it doesn’t usually cover pre-existing conditions. Insurers count on receiving premium payments from the owners of healthy pets—sometimes for many years—to be able to afford the costs of care for sick animals.

If there was pet insurance with no waiting period, anyone could wait to sign up until after their pet got hurt or sick and the insurer would have to start paying out a lot of money for care right away before collecting premiums on the new policy.

Insurers don’t want to do that and couldn’t afford to do that, so they impose a waiting period so pet owners have to buy coverage before an illness or injury if they want to make sure their pet will be provided for.

Because there are no pet insurance policies that don’t have a waiting period, it’s important to consider buying pet insurance ASAP when you become responsible for the care of an animal so if something does go wrong, your pet is covered in terms of various veterinary care. 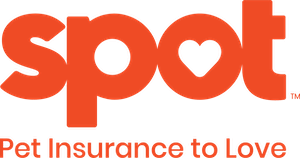 What Is the Typical Waiting Period for a Pet Insurance Policy?

There are many companies offering pet insurance policies, and the waiting period before your pet is eligible for coverage varies from one insurer to the next. However, a waiting period of 14 days is common for policies that cover illnesses.

For example, it’s not uncommon for pet insurers to impose a six-month or one-year waiting period for ligament injuries, hereditary conditions, or congenital conditions.

Insurers who impose these long waiting periods may waive them or reduce the waiting time if your pet has a vet visit before you get covered and the vet indicates your dog or cat doesn’t have any serious conditions.

You should also know that all pet insurers exclude coverage for pre-existing conditions. Some will provide coverage if your pet has been pronounced cured and is symptom-free for a certain length of time, such as 180 days, but this isn’t common.

When you’re shopping for pet insurance, the waiting period and the effective date are just two of the policy terms you should consider.

You should also find out about coverage exclusions—especially if your pet has pre-existing conditions—and should look into the deductible and coverage limits for any policy you’re considering.

Ultimately, you want the best policy with the most comprehensive coverage for your pet. The reason to purchase pet insurance is to avoid the unexpected multi-thousand dollar expense, which could really put you out.

You don’t just want to get your policy quickly; you want a policy that will be excellent at minimizing future expenses. Waiting periods vary, but really all the top tier companies have waiting periods of less than 15 days. So waiting periods aren’t a key differentiator.

Christy Rakoczy is an experienced personal finance and legal writer who has been writing full time since 2008. She earned her JD at UCLA and graduated from the University of Rochester with a degree in media and communications. Her work has been featured on CNN Money, MSN Money, Yahoo Finance, USA Today, and more.