For the fourth consecutive year, LendEDU has analyzed nearly 1,000 colleges and universities to tell you which institutions give you the most bang for your buck, otherwise known as the college risk-reward indicator.

According to LendEDU’s most up-to-date cost of college statistics, attending the average four-year private institution in the United States will run you $50,900 per year.

Even a public college or university will typically cost $40,940 annually for out-of-state students. Staying in-state to receive a diploma from a public university costs roughly $25,290 per year, which is cheaper, but still nothing to scoff at.

Some students are fortunate enough to be able to pay for the costs of college with savings, scholarships, or grants alone. However, LendEDU’s most recent data shows that 58 percent of college graduates leave their school with some amount of student loan debt.

On average, that amount is $28,288 per borrower. When accounting for students that did not need student loans, the average debt per graduate drops to $16,320.

It’s important to know, however, that student loans can be considered a good investment if graduates use their college education to land well-paying jobs and are smart about their debt repayment.

To help students figure out whether certain colleges may be a good investment for them, LendEDU releases the College Risk-Reward Indicator (CRRI) Study each year.

Within this study, LendEDU analyzes nearly 1,000 four-year not-for-profit colleges and universities in terms of average debt per graduate and average early career pay for graduates.

The purpose of CRRI is to gauge the risks of attending a university in terms of expected debt against the expected earnings for graduates.

What Exactly is CRRI & Why Should You Consider It?

For the College Risk-Reward Indicator, LendEDU has defined the risk of attending a respective four-year college or university as the average student loan debt per graduate at that institution. The reward of attending that same four-year college or university is the average early career pay for graduates of that respective school. Average early career pay for graduates can also be defined as the median salary for alumni with 0-5 years of work experience.

To calculate the CRRI for each school, the following formula was used:

But, why should this matter to you, the prospective student?

The biggest key when it comes to being financially prosperous as a young college graduate is having a low student loan debt balance and a high early career pay. Contrarily, high levels of debt and low pay is a recipe for financial hardship.

LendEDU’s 2019 CRRI Report has analyzed 985 private and public four-year colleges and universities in the United States. Schools that recorded the highest CRRI values (Princeton – 47.49) should be considered as the best risk-adjusted choices for undergraduate students. On the other hand, institutions with the lowest CRRI values (Crossroads Bible College – 0.97) should be considered the worst risk-adjusted choices for prospective students. 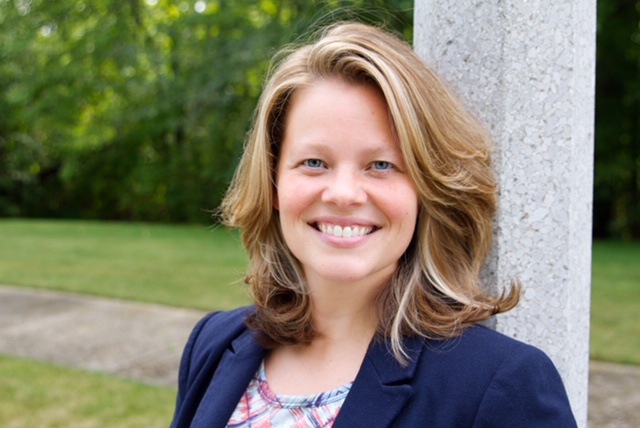 What are the most important factors that students and their families should consider when considering the costs of college?

Many students and parents think about the cost of tuition and housing, but there are other fees and costs to keep in mind. For example, there are additional fees associated with particular courses (for example, I teach a year-long international entrepreneurial exchange course which includes a trip to France. There is a $1500 course fee attached to cover airfare and accommodations while abroad). Also, the cost of books and other course supplies; technology to support attendance such as a laptop; meal plans; gas if the student has a car on campus, etc can all add up.

How should students weigh the higher starting salary potential from graduating from a more prestigious university against the increased costs of attending?

Prestige is not the primary driver students (and parents) should consider when deciding on which college (and major) to pursue. I think making sure an institution has the major/academic areas of interest is most important. Also, does the institution offer the curricular, co-curricular, and experiential opportunities needed to excel in a given field/career upon graduation? What types of supports (academic, health, etc) are available to students to support them throughout the college experience? Making sure all aspects of the student are supported through available and accessible resources is critical and far more important than prestige.

Aside from cost, what else should students take into account when choosing a college?

Given the costs associated with attending post-secondary education, I think it’s more important to find the right “fit” with the institution. Finding the right fit helps support retention and student success. Questions to ask oneself – am I better suited for a smaller campus, where the faculty-to-student ratio is smaller, resulting in closer relationships with faculty and peers, and smaller class sizes with more personalized/individualized attention? Or, am I looking for a larger campus with a greater diversity of students, faculty, and programming? Visiting campus as part of the college choice process is critical to figuring out which environment is preferred. Spend the night on campus, if able, sit in on class sessions, meet with students and other faculty and staff.  Also, engage with alumni to learn more about their experiences.  All of these steps will inform the decision of where to attend.  And they are all important steps to making the right choice.

All data included in this report derives from two main sources. First, the average debt per graduate figure was calculated using the newest Peterson’s financial aid dataset. Peterson’s data was reported through a voluntary survey to the colleges and universities listed in the report. The data is released on a one year delay and reflects the Class of 2017; it is the most recent data available. Using Peterson’s dataset, LendEDU was able to calculate the average debt per borrower figure at each school. That process is explained more in-depth here.

LendEDU then used PayScale’s College Salary Report 2018-2019 to find the median salary for graduates from each school with 0-5 years experience. That median salary figure for each respective school was then divided from the average debt per graduate figure for the same school to give LendEDU’s College Risk-Reward Indicator (CRRI) figure.

In his role at LendEDU, Mike uses data, usually from surveys and publicly-available resources, to identify emerging personal finance trends and tell unique stories. Mike’s work, featured in major outlets like The Wall Street Journal and The Washington Post, provides consumers with a personal finance measuring stick and can help them make informed finance decisions.
Search