Money issues being the number one reason why married couples fight may not be very surprising. What may surprise you is that, while most married couples do try to address their financial issues regularly, many of them simply don’t know how to do it.

The problem is that most couples haven’t thought things through strategically, so they leave themselves open to emotions and reactive planning which really have no place in sound financial management. The time to sort everything out and forge a money management strategy is at the beginning of a marriage, where newlywed budgeting should take place. On that note, here are some tips for financial planning for newlyweds.

Make it Yours, Mine, and Ours

A lot of newlyweds look at the merging of their bank accounts as a ritual of commitment and trust. The problems tend to arise over issues of control and micromanagement of each other’s spending habits. More bickering takes place over the checkbook than is necessary. While a joint account is a good way to manage “joint” expenses, each spouse should have their own account to manage their own “personal” expenses. This could include a budgeted amount for any non-essential spending. 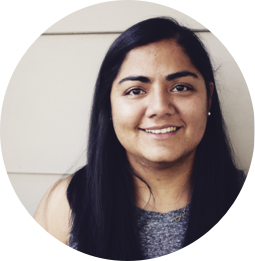 Founder & CEO of Zeta – a personal finance app tailored for couples trying to master their money.

It’s not at all uncommon for one or both halves of the couple to come into a marriage with debt. Problems often stem from one of the spouses not fully disclosing just how much debt they’re bringing with them. The best place to be before marriage is debt-free; but, if one or both spouses have debt baggage, the couple should treat it as family debt and set a goal to pay it all off as quickly as possible. It is important to note that separate debt brought into a marriage is treated as separate debt in a divorce.

The typical portrayal of a fighting couple often involves overspending by one of the spouses – the wife buys a $300 pair of shoes “on sale” for $200, or the husband surprises his wife with a 70-inch flat screen TV to watch a football game – we’re all familiar with the theme. But overspending can also occur on everyday purchases by both spouses. The absolute best thing a couple can do before they get married is to establish a spending plan that incorporates a savings goal.

Prepare for the Unexpected

Life happens, and much of it is unexpected. When two people get together, the unexpected can happen twice as often. Generally, when people aren’t prepared for emergencies, they tend to make bad choices which are compounded when neither spouse can agree on the solution. Better to prepare for the unexpected because it will happen. Setting up a six- to twelve-month emergency fund should be the first priority for newlyweds. After that, making sure they each have the proper protection in the form of life, health, and disability insurance.

The most common deception on the part of both spouses is the price cover-up. Although we all might do it once in a great while, couples who constantly fib on their spending or finances may be destined for major problems. Money issues should be at the top of a couple’s weekly communication, which should consist of time carved out for planning, accountability, and encouragement, not fighting.

Many couples make the mistake of diving into marriage and then addressing their finances as things come up. If you know ahead of time that money issues are the root of marital strife, why not spend as much time as needed at the beginning of the marriage to put a good money management plan in place?

Jeff Gitlen is a graduate of the Alfred Lerner College of Business and Economics at the University of Delaware. He has spent the last 5 years researching and writing about personal finance topics, including student loans, credit cards, insurance, and more. His work has been featured on major news publications, some of which include Bloomberg, CNBC, Forbes, and Market Watch.
Search