Digit, an automatic mobile savings app, has added a feature that lets people pay off their credit card debt without lifting a finger.

To use this feature, users have to establish a credit card debt goal on their Digit accounts and turn on the Digit Pay service. After that’s done, the app automatically will save money from the user’s checking account that has been linked to the Digit app. That money can then be used to pay down the balance on their credit card.

With the Digit app, a person’s funds will be withdrawn from their checking account and placed in their Digit fund on a regular, consistent basis – perhaps as often as every two or three days. Instead of predetermining a set amount of money to withdraw, Digit looks at when your bills are due, analyzes your spending habits, and then takes out only as much money as it determines a person can do without.

Users can get a boost in their savings because Digit gives a 1 percent annualized savings reward after the first three months of saving with Digit. 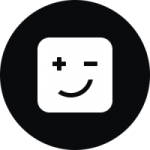 How It Can Help Pay Off Credit Cards Faster

Diverting frequent small balances toward savings to pay off a credit card can save a lot of money, even if it doesn’t seem like it will.

Want to see how much you could save based on the extra amount you put to your loan each month? Check out our Debt Repayment Calculator​ to find out!

Whether credit card holders use this app or not, there are several ways they can pay off their credit cards at a faster pace and end up saving a lot of money in interest.

People can send money to their credit cards weekly instead of monthly. By sending some each week, borrowers may be able to set aside a little more to throw at each payment. Plus, since some of the money will chip away at the balance before the due date, there will be less interest charged.

If people are tired of losing a good portion of their payments to the interest being charged, they might consider opening another credit card and doing a balance transfer.

With this method, borrowers should aim to get a zero-percent or low-cost interest rate that can save them a significant amount of money. Some of the terms for balance transfers can give that low rate for up to a year or even longer. During that time, borrowers may be able to pay off their balance or at least reduce it. The key is to make sure to pay the balance down without adding to it.

Jeff Gitlen is a graduate of the Alfred Lerner College of Business and Economics at the University of Delaware. He has spent the last 5 years researching and writing about personal finance topics, including student loans, credit cards, insurance, and more. His work has been featured on major news publications, some of which include Bloomberg, CNBC, Forbes, and Market Watch.
Search